W at Sila Ngu Temple or Wat Ratchathammaram is situated on a steep coast by the ring road on the way from Lamai Beach to the settlement Hua Thanon. It is very easy to notice from the road: it catches your eye with its new building – a temple of terracotta colour. 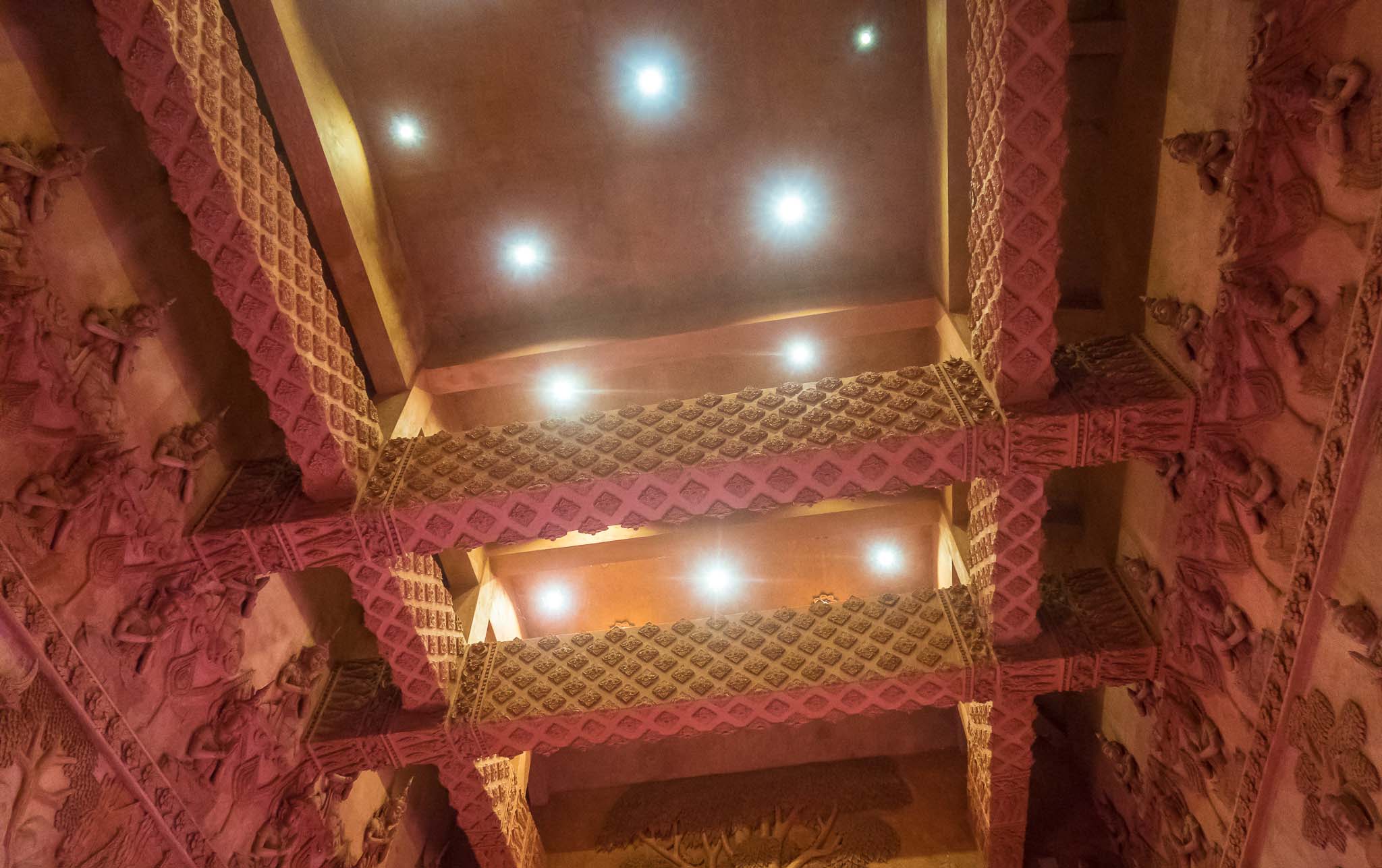 T he walls and the roof of this ‘terracotta’ temple are embellished with bas-reliefs and thoroughly executed sculptures. But wait until you go inside! There is Rahu, eating up the sun, above the entrance, sneaking up on you. On the left – sea demons are sticking out their heads from stormy waves and huge fish is swallowing someone. On the right – the warriors of the God of apes Hanuman are fighting. And on a carved wooden shutter, there is a man-warrior is leaving for the jungle on a huge wild bore.

T he walls and the ceiling come to life just before your eyes, something important and magical is going on each square centimeter. As for the rest, it is gloomy and empty here. The only exception is big Buddha, painted in imitation of gold, he sits in farthest corner of the temple on the base, made of carved ceramics. They haven’t removed a polyethylene cover from him yet. 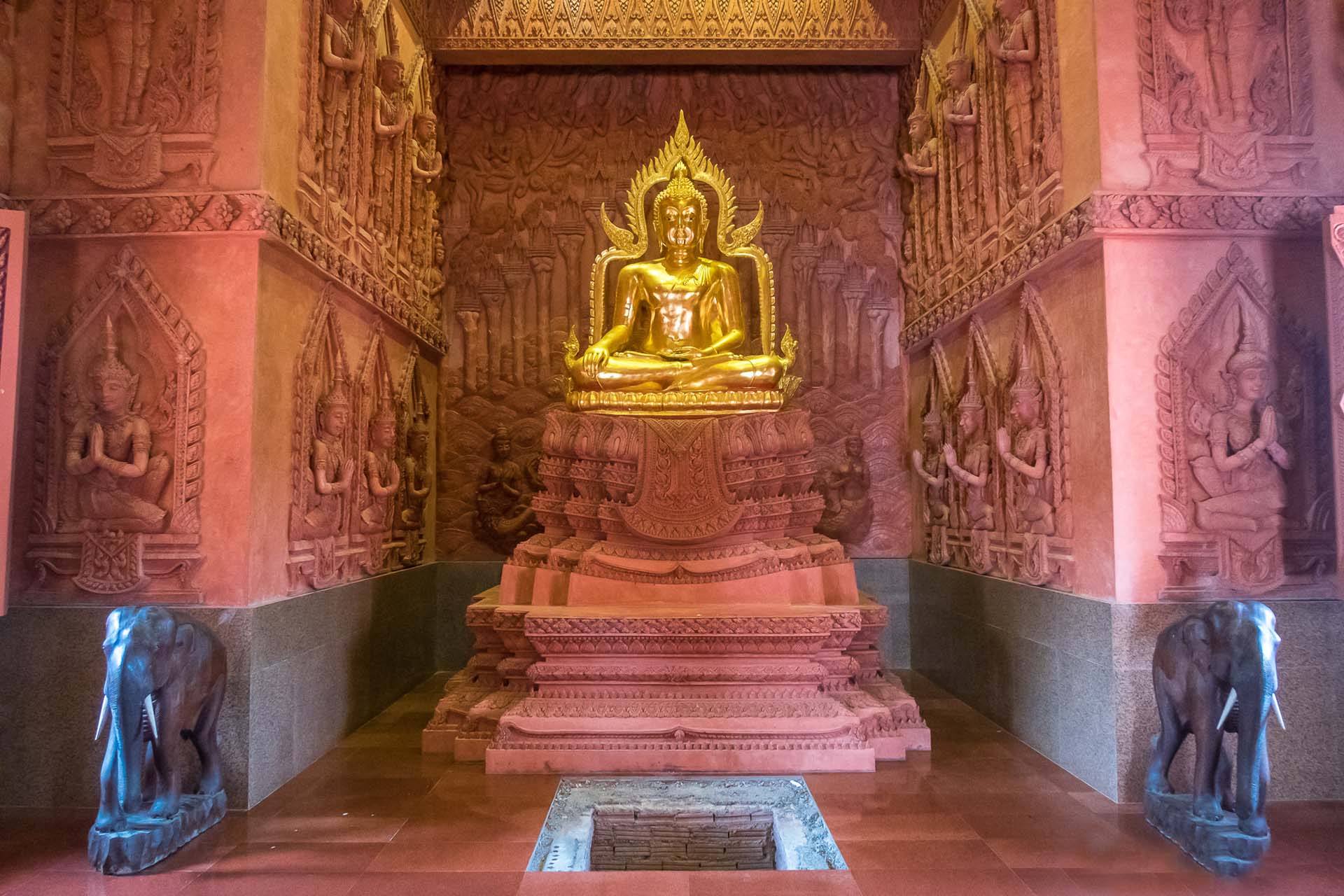 O pposite a new temple, at the entrance into the territory of the complex, there is an unusual tree – this is the tree of spirits. It is encircled with golden and white fabric, it is laden with figurines of spirits and statuettes of the royalty. Beneath it, there is Buddha with dark face, his hands are folded in the gesture of meditation. Closer to the sea, there is a high yellow stupa, inside which – like in an oven – there are figurines of Buddha, covered with leaves of braid gold, given by the believers, and at the base of stupa, his relics are kept.

T here is a decorated viewpoint nearby, from which one can see the whole coast of Hua Thanon up to the very Mosque of Muslim Village. Downward from the stupa, steps descend, which have two huge golden cobras instead of handrails. On both sides of the stairway there is a small Buddhist cemetery: the ashes lie at rest in little pagodas, adorned with mosaics. Beneath, you will find the canopy of leaves and a sea view.
How to find?
Wat Sila Ngu Temple is situated at the ring road (4169) between the settlements Lamai and Hua Thanon. Location: 9.451139,100.031147