O On the very seashore, in the western end of the beach of Bang Kao bay there is a golden pagoda Laem Sor Chedi. On closer inspection, one can see, that it isn’t made of gold, but it is encrusted with small yellow squares of mosaic, which, shining with different shades under the bright sun, mislead impressionable tourists. There are a lot of not very large statues of Buddha on the pagoda: some of them in the pose of meditative contemplation, while others hold the bowl of mercy or encourage us with a pre-emptive gesture (a mudra of fearlessness). And one of the Buddhas, facing the sea, has folded his palms across his chest – it is a symbol of ‘the union of bliss and emptiness’. 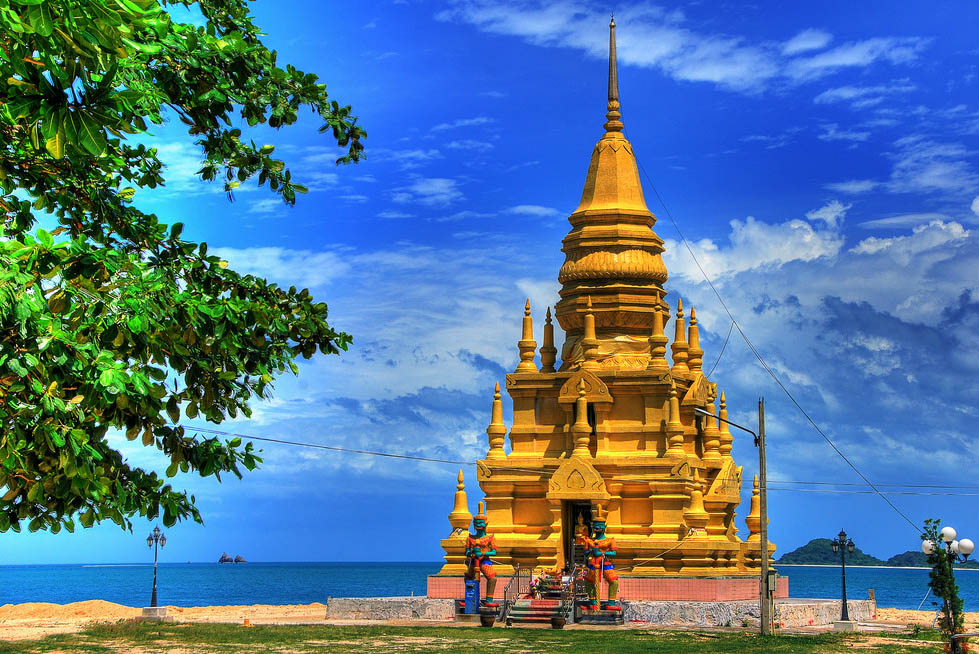 B y the side, facing visitors, there are two guards with turquoise faces, protecting the pagoda Laem Sor. These are frightening yakshas, nature spirits. You must have already seen them in the temple Wat Phra Kaew in Bangkok. There is a small tent just in front of them with a statue of monk the founder Prakru Piboon Thammasan, guarded by merciful Buddhas and lions from the mythological forest Himmapan. Of a great interest is also a figure, placed in a little artificial pond with carps. It is goddess Mother-the-Earth (Phra Mae Thoranee), which sheds water from her hair. Thus, she created the deluge, which washed away Mara, the seducer of Buddha and his whole troop.

T he territory around Laem Sor stupa is actually a public garden for recreation, meditation, celebrations and weekend picnics. There are tables with benches, WC and a couple of stalls with fresh fruit and ice cream. The area is popular with dogs, they lie there dazed by heat, with pups playing around and cocks and hens pacing back and forth. 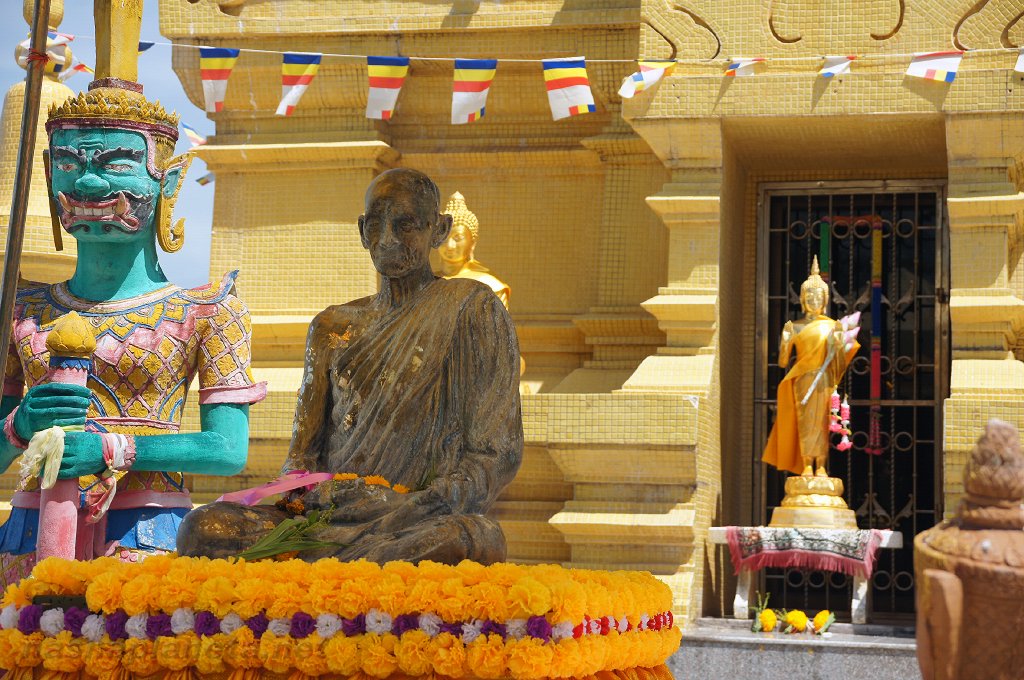 T he pagoda Laem Sor was erected in 1968 in order to move there a little piece of Buddha’s holy relics from the pagoda Kao Chedi, situated not very far, on the hill. However, it was a temporary decision and the sanctuary has been taken back to the original place.

T he stupa Laem Sor is situated 11 km southward from Lamai Beach and 16 km from a small town Nathon. In order to get to it on your own you should first go along the ring road (4169), then you should take a turn into the road 4170. It’s better to do that in the district of the settlement Ban Sa Ket. From the road 4170 , following a road sign, turn into the road Laem Sor – ‘Lam-Sho Road’ ( one of the variants of spelling a Thai name with Latin letters).