K oh Samui is offering a great deal of outdoor activities, including those that boost your adrenaline without risk to health. For example, bungee jumping, quad safari or canopy rides in the jungle. The best canopy ride on Samui, which is called «Canopy Adventures», is located in the mountain area of Maenam and has 15 spans with a total length of about 2000 m.
The last segment of the «Canopy Adventures» passes over an interesting place that one is unlikely to get to see, flying from one tree to another at speed. This is where you will find the secret waterfall, or Secret Falls, which has an official name - Tang Ruea waterfall. This is one of the best waterfalls on Samui which totally worth walking in the mountains. Almost all the waterfalls on Samui are not ideal, but Tan Ruea is a waterfall in its classical form. Charming, deep and securely tucked away in the jungle away from crowds of tourists. Its official name is little known and the tourists and the locals prefer to call it the Secret Falls. 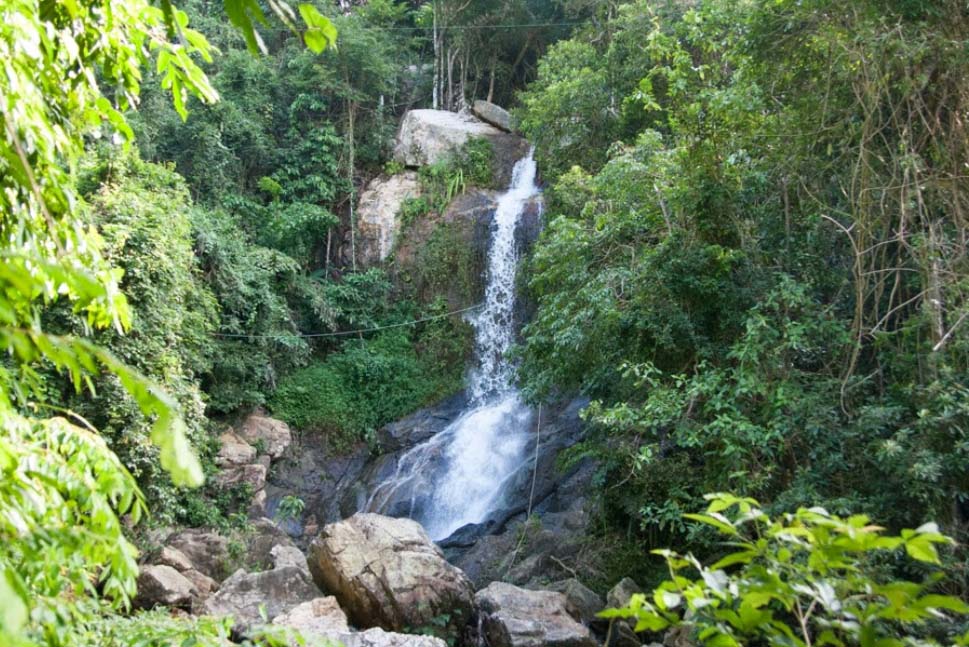 W hen we say "secret", it's not a joke. Difficulties begin already a half a mile before reaching the waterfall when your car or a scooter reaches the edge of the concrete road. There shall be about a hundred meters of clay with rocks and deep gullies until you reach another part of the concrete road. For scooters and off-road trucks there is a paved detour in ten meters to the left, which will get you to a relatively flat primer above the slope, you cant use a car with low clearance here because of the unevenness of the road and a lot of sharp rocks. The next difficult section of the track - a dirt road that goes steeply upwards at the end of which there is a parking area and a turnaround. After overcoming the steep climb there still remains about five minutes of walk, which starts with wooden steps and then passes along the winding trail with self-made railing and a cabin with dining table under a canopy.

T an Rua waterfall is located in a picturesque area, surrounded by cliffs, tall trees and vines. In a good day you can catch a powerful stream, the third largest after Namuang and Hin Lad. On the way to the waterfall you will encounter a tiny rocky area, where you can take pictures of the overall plan - here Tan Rua appears in all its glory. A minute later you will reach the foot of the waterfall. Nearby there are several rocks where you can climb up and pose for a photo, but the surface can be quite slippery. Under the waterfall there is a natural pond, which theoretically can be suitable for swimming, but be careful - at the bottom there might be a few old branches and leaves. If during the walk you suddenly hear a squealing noise and shouts from the woods, do not panic - those are happy tourists flying over the canopy between the treetops. At some point they get to the last span and will fly almost over your head, that is when you can waved at them. 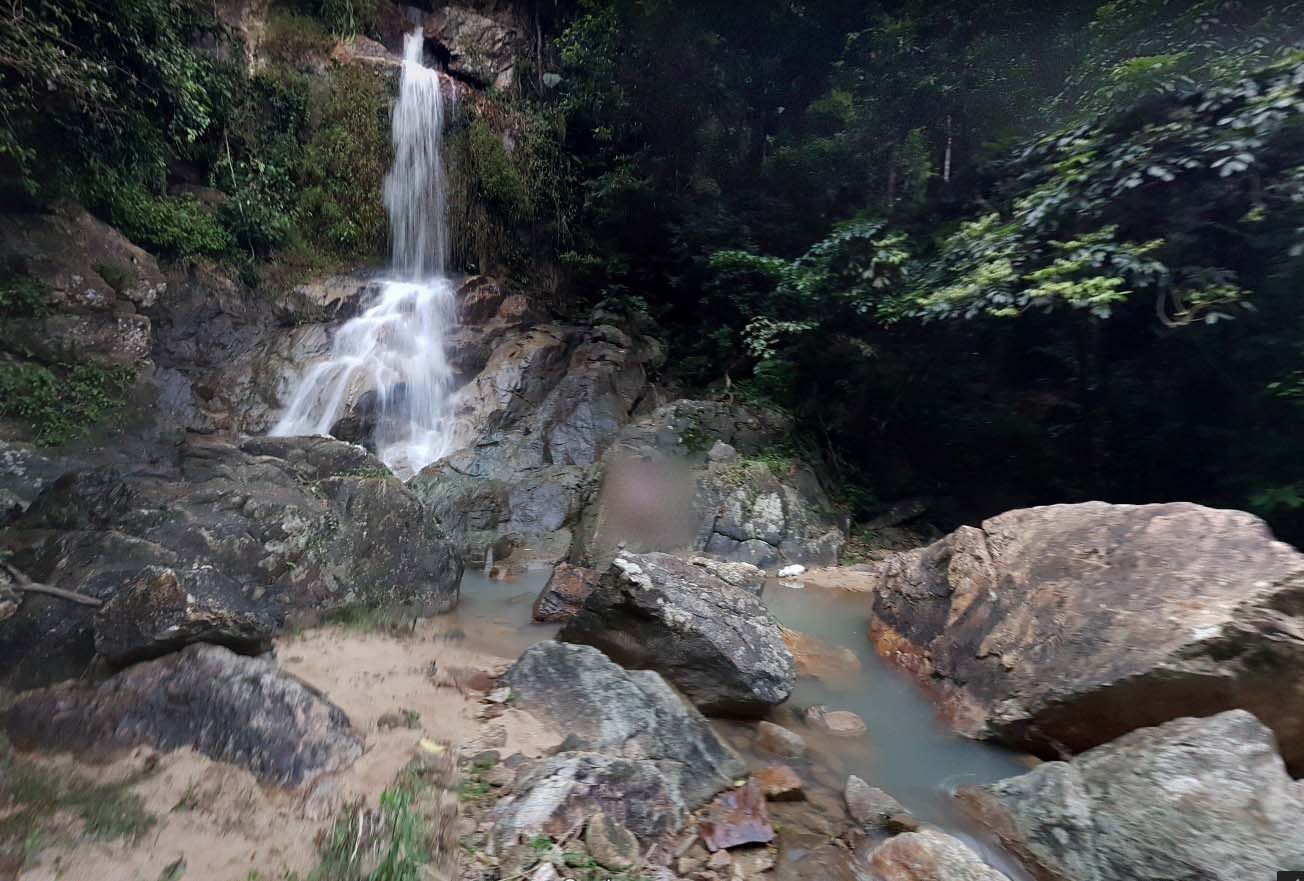 F On the way back, note that near the staff house at the creek bed, there is a toilet. There is definitely no sewer in this place therefore we do not recommend you to explore the flow downstairs, and even more so to bathe in it.
How to get to the Tan Rua waterfall The turn from the main road to the secondary, which leads towards the Secret Falls waterfall is here (9.569465, 99.995353), this is Maenam area, Soi 5.
These coordinates will lead you to the dead end road (9.544506, 99.991538). Then proceed according to the situation, because at some point the road might get restored or it may suffer even more from the rains. The main thing is do not turn anywhere, do not stop halfway trough and you'll see one of the best waterfalls on Koh Samui. Article:http://samuidays.com/product/vodopad-tan-rua-tan-rua-secret-falls/