F ine, light creamy sand both on the shore and on the bottom, spreading shades of slim palm trees, turquoise and jade hues of transparent water: on the whole, Ban Tai had only one drawback, which prevents it from being called an ideal beach. This drawback is a wide strip of underwater seaweed, darkening in a few meters from the seashore. It is this strip and a stony bed, that a tourist, who has arrived in search of a tropical paradise, sees first. But one shouldn’t believe the first impression.
The road to this small beach leads to its eastern end. Take a stroll westward – and you will find the most suitable spot for swimming on the island, though, quite small. An unpleasant dark strip ends a hundred meters before a rocky brow – a natural western border of Ban Tai Beach.

I n this very patch you can swim and dive with a mask as much as you wish, watching fish of different sizes, from tiny to large species. Even a low tide can’t prevent you from enjoying life. The descent into the water is smooth: the sea for 20-30 meters is up to a waist, after that more serious depth begins. In the water, by the seashore, a bit large and sometimes sharp stones are scattered, but only after a meter or a couple of meters the bed becomes clear.
There are secluded spots for sunbathing behind a stony small cape, and farther, for about 100 meters, the shore and the entrance into the sea is covered with large pieces of motley stone. The bed along this strip is still clean and moderately deep, so, having walked around a rocky back, you can easily continue swimming here. 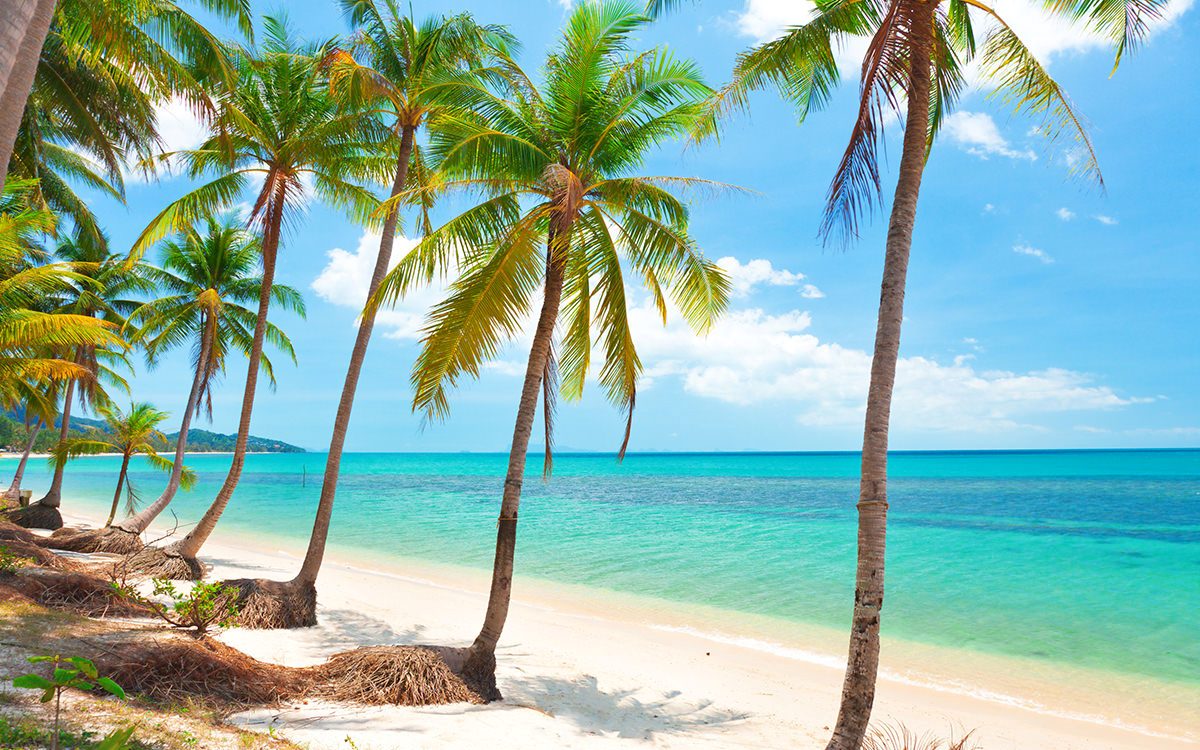 B an Tai is a small beach, unknown to general public. It is even seldom marked on maps. But those in the know call it a secret paradise corner of Koh Samui. However, it is not so difficult to find this miracle, as connoisseurs promise. Ban Tai is situated in the north if the island, between extensive beaches Maenam and Bang Po. A turn to Ban Tai from the ring road is marked with a blue sign, on which it is written with big letters ‘This way to the public beach’. It is also possible to orient yourself by a white sign of the hotel ‘Mimosa’, which adorns a target turn.

T hough Ban Tai is small – only a bit more than half a kilometer in length, it is undoubtedly a picturesque and diverse beach. In the east it is fringed by a rockfall, that stretches out into the sea for about a hundred meters. It is a shore of an artificial canal for cutters, small ships, yachts and is a perfect point for admiring surroundings and the island Koh Phangan, which is located opposite. Should you look to the east: a green cape almost completely covered with bungalows, and a well-groomed beach – these are premises of a respectable hotel ‘Napasai’. To the west – a winding coast line of Ban Tai. The strip of the beach, by the way, isn’t very wide — about 15 meters at low tide, and it is fringed not only with palm trees, but also with green grass, a kind of a lawn.

B an Tai is situated far from all the main sights of Koh Samui, but not far from here, there a pier for speed catamarans of a company ‘Lomprayah’, from where you can set off for one-day trip to Ang Thong National Marine Park, for instance, or to a Turtle island Koh Tao to find the best snorkeling in the neighbourhood. There are small restaurants along the road to Ban Tai, where you can form your own opinion of renowned Thai cuisine. Right here, there are a couple of small shops with chocolates, postcards, sun blocks and sun creams and other stuff, necessary for holiday-makers. As for bigger purchases, one can hardly make them here: the nearest supermarkets, drug stores and markets are on the nearby Maenam. A trip there by a commercial bus ‘songteo’ will take about 10-15 minutes.